The goal of crystal structure prediction is to predict crystal structures from the molecular geometry alone as a starting point. The state of the art prior to the development of GRACE has been assessed in a series of blind tests1‘2‘3. 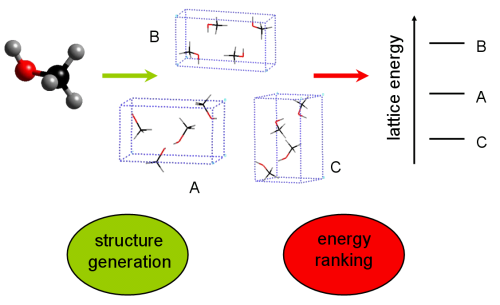 GRACE uses dispersion-corrected DFT calculations4 (d-DFT) to first generate reference data to which a detailed tailor-made force field5 is fitted for every molecule under consideration. The DFT calcu­lations are carried out by means of the VASP program6‘7‘8‘9. 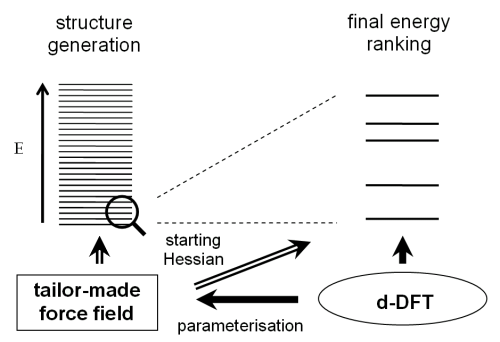 As the first program ever GRACE produced a 4 in 4 success rate in the 4th blind test of crystal structure prediction.10‘11 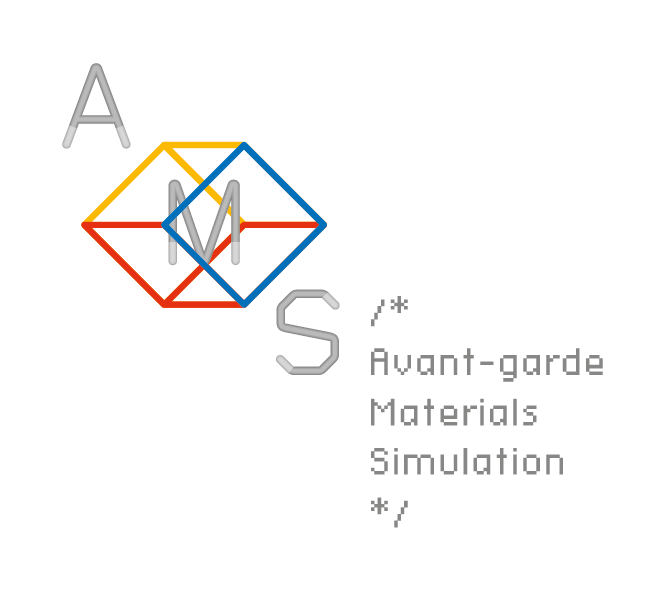